I asked 16 people yesterday (while I was out running errands) what television series came first to their mind when they think about the 1950's.  12 of them said "Twilight Zone". Funny thing is though, Rod Serlings Twilight Zone wasn't truly shown in the 50's. but the 1960's. The original run began October 2, 1959, two months short of 1960. There were 156 sweet episodes.  I've decided that from now on, every Wednesday I will post a recap of a Twilight Zone episode starting with my first ten favorites. The reason I've chosen"The Fever"as my first post is because not because it's my first favorite but because it was the first one I remember ever seeing as a kid which stirred within me a taste for the "fifth dimension" which has only grown stronger over the years. 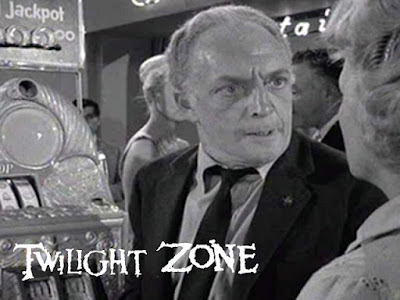 I absolutely LOVE the Twilight Zone. I watched every single episode of the series as a kid and have continued to do so, over and over again, as an adult. I own the collection now which happens to be one of the coolest gifts I've ever purchased for myself. I can watch an episode of Twilight Zone that I've seen ten times already and get sucked into it just as I've never seen it before.
There's something about the Twilight Zone that makes it a perfect thing to me.

It is the middle ground between light and shadow
between science
and superstition,
it lies between the pit of man’s fears
and the summit of his knowledge.
This is the dimension of
imagination.,
It is an area which we call...
the Twilight Zone" 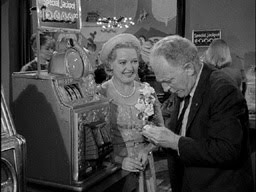 One of my many favorite episodes is "The Fever".  Franklin, a Grumpy old S.O.B. goes out of his way to make sure every one feels just as crappy as he does, especially his doting and loving wife, Flora.  Flora wins a trip to a Las Vegas Casino and is obviously excited with the whole idea. Franklin on the other hand, makes damned sure that Flora knows what a stupid idea the whole thing is and sets about pissing on her parade.  A drunk gives Franklin a coin and pushes him to use it in a slot machine, which, of course, Franklin does. He wins a nice, shiny bunch of Silver Dollars! Flora is pleased and excited for her husband who, in true jerk form, tells her that they are going to keep the money and not spend it back like the rest of the idiots who get sucked into gambling. As they leave the game floor Franklin hears the machine call out to him..."Franklin!" 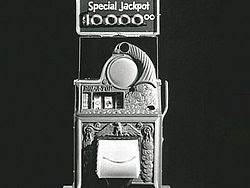 Franklin and Flora go to bed for the night but Franklin can't sleep worth a damn. The stack of winnings in his mind is growing ever taller. He tosses and turns but finally gets up and grabs the money. Flora awakens and asks him what the deal is, of course, Franklin justifies his actions. He must go downstairs and dispose of the "tainted" money they're carrying.  It's 'highly immoral" and the only way to get rid of it is to send it back from whence it came. "Oh Franklin." Flora says, her B.S. radar sounding obvious in her voice, "You don't really think......." but its quite clear Franklin isn't listening. 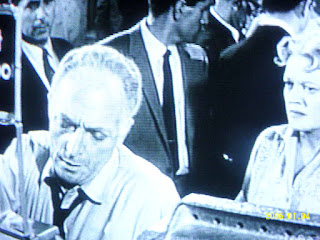 Time passes and Flora heads down to see what in Gods name Franklin is up to since he hasn't made an appearance back at the room. Franklin is in bad shape. He is sweating, shaky and extremely worked up.  Flora is clearly horrified by the change in Franklin and obviously concerned about his health. Flora begs Franklin to leave the machine and come upstairs with her and he will have none of it. He becomes mean and tells Flora that he "Hates a Shrew!" that she is giving him "Miserable luck!" Finally after many hours he is about to break down physically. He begs for water and explains to Flora that the machine is bound to pay off soon. The people surrounding him are taken back by his obvious mania. Morning comes and Franklin has lost all but one silver dollar...which Franklin pushes into the slot with anticipation. The machine stands silent, mocking him. Franklin loses it and pushes the machine to the ground.  He screams that the machine has deliberately stolen his dollar and that it owes him. Several men have to control him and remove him from the casino.
Flora tries to calm and soothe her husband while he lies in bed. He explains to her that the machine was "ready to pay off but it deliberately broke down so that it wouldn't have to!" he says. 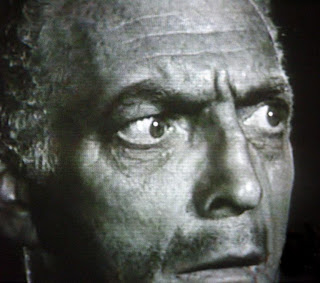 "It's not even a machine Flora, it's an entity." he begins to shout,  "It's a thing with a mind and a will of its own. It deliberately broke down, it deliberately broke down!! That, that thing! That monster, that thief! It, it took my last silver dollar Flora! It stole my last silver dollar and broke down!" Flora stares at her husband in disbelief. Suddenly Franklin hears a familiar voice..."Franklin!" the machine speaks to him, "Franklin!" Franklin leaps up in horror and realizes that the machine is following him now. Flora begs Franklin to relax but now he sees the machine in the mirror. "Can't you see it?" he cries.  Franklin backs away, horrified by the machine and breaks through the window; Flora screams as her husbands body falls to the parking lot below. 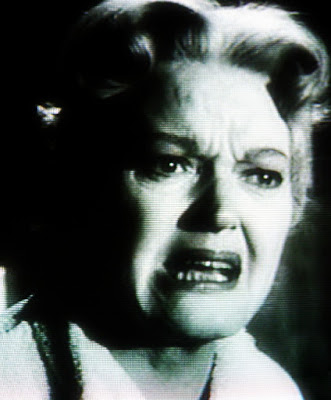 In the end the slot machine rolls past Franklins broken body and spits out a lone silver dollar which falls next to his outstretched hand. 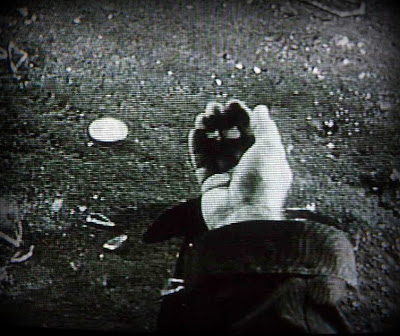