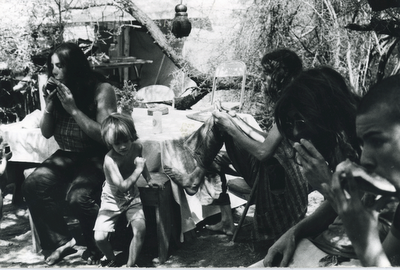 Jungle. n. 1. a hobo camp and rendevous, usu. a clear space in a thicket (for fuel) near a railroad (for transportation), and ideally also near water and on the outskirts of the city. 2. a gathering place for the unemployed of a city often near the dumping ground and usu. equipped with homemade shacks or huts for those with no place else to live. 3. Any busy crowded working district in a city; the business pursued in such an area, esp. if characterized by keen competition and a lack of ethics.-s. n.pl. 1. open country; woods 2. Rural districts, the sticks.