I know that this particular post has nothing to do with the 1950's but it's quite interesting and I'm sharing it anyway. 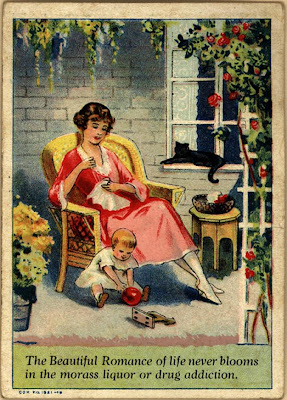 "Drunkenness is a Disease and I can Cure it!"


This was the famous slogan of Leslie E. Keeley, a civil war surgeon who announced his "cure" for alcoholism in 1879.

Keeleys cure consisted of gradually tapered off doses of whiskey : eight ounces the first day, six ounces the second, four ounces the third and (by God!) none from then on. Four times a day he (the patient) gets "gold chloride" injections and every two hours he takes a "tonic".*
Knowing what I know about alcoholism, the treatment must have been rather uncomfortable. The Keeley Institute was opened in 1880 for persons addicted to the "immoderate" use of alcohol and opium. The cure treatment was centered on the the "gold chloride" injections which were of a secret preparation.

According to a Time magazine article printed on September 25th, 1939; 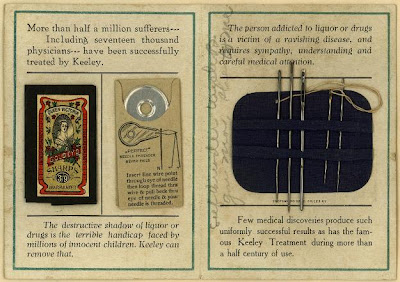 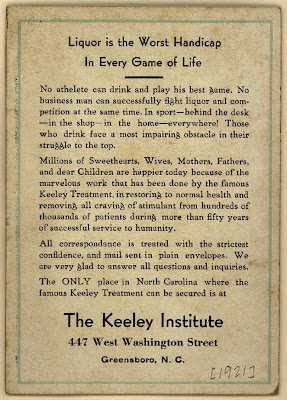 " Keeley clubs flourished all over the U. S., proud Keeley alumni sported shiny gold buttons, preached excitingly confessional sermons to female temperance societies. The same article stated that " Keeley stoutly boasts that it has cured 17,000 drunken doctors since it first opened its doors." Drunken Doctors? Wow. People believed in this treatment. Bi Chloride of Gold clubs were organized by patients in 1881. They met every morning, greeted trainloads of newly arriving alcoholics, heard speeches from members and read letters from graduates filled with encouragement. Branches of the club held services, concerts and fundraisers for poverty stricken alcoholics. State governments were petitioned to pass Keeley Laws that provided funding for chronic inibriates who could not pay for treatment on their own.

At one time there were over 200 branches of the Keeley Institute across the united states and Europe. Injections of the secret concoction of gold had been administered to over 300,000 people! Reports varied widely as to the real identity of the ingredients in the gold injection. Strychnine, alcohol, apomorphine, willow bark, ammonia and atropine were among the suggested chemicals. It was proven that there was never any "gold" in the injections, but by this time the hope that he had instilled in thousands of people had done it's job. It really didn't matter that there wasn't any real gold at the end of the rainbow.

Keeley had managed
to change the the American collective of thought that Alcoholism was the product of weak will, sin or just plain lacking in morals.
Posted by 50sme at 12:11 AM