When I used to think about Martha Raye,the first thing that came to my mind was this: "The lady with the mouth." That was how I remembered her. Not terribly flattering I guess. When I was a young girl that's how my parents described her to me once. 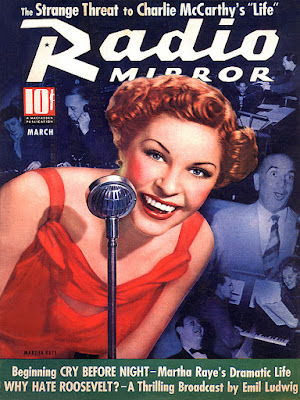 "They call her 'The Mouth'," my mother said. "Right, Joe? isn't that what they call Martha Raye?" she hollered over her shoulder to my Father in the kitchen who promptly agreed. "Yep, The Big Mouth." he answered. "Oh...I thought it was just 'The Mouth'." Mom frowned. "Are you sure?" she asked him, her eyebrow cocked. "Yes Pam," my Father sighed. "I'm sure." Later on my Mom told me that she was pretty sure that it was just 'The Mouth' and that my Dad didn't know what he was talking about.
We didn't have the internet then. We couldn't just jump up and prove a point instantaneously. We had to either pick up the phone and call someone who might know the answer, drive yourself insane with trying to remember something that was buried deep in your brain somewhere or go to the library and actually research it. Anyhow, my Father was right. Martha Raye was known as "The Big Mouth" mainly because her mouth appeared quite large in proportion to the rest of her face.

Marthas mouth set her apart from the crowd, yes...but it wasn't really her mouth that made
Martha a star. Martha was star material long before they started making up her mouth to appear even larger than it was.
I happened on an old movie, Pin Up Girl yesterday with Martha in it. She was young and bubbly and I was surprised that I was looking at Martha Raye! I was taken back when I realized that it was her.
She was really quite pretty. She had beautiful eyes, a pretty face and she was all woman, no doubt about that. 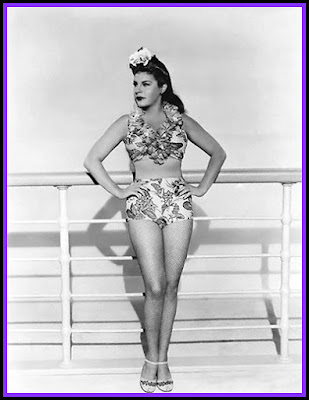 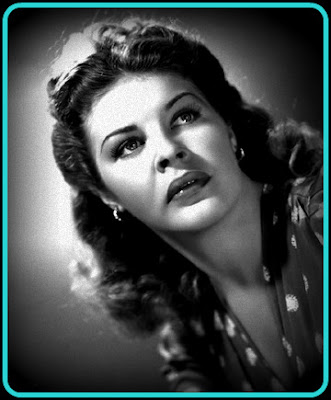 Two days after Martha was born, (1916) her mother, an actress performing at a local vaudeville theatre, was already back on stage! Martha was born to act, literally. 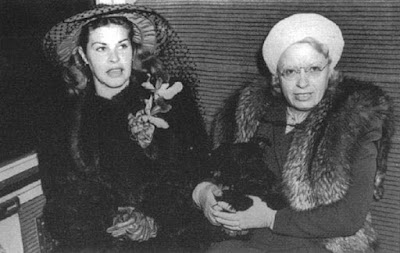 Martha began in Vaudeville at age 3, first appearing in her parents act; "Reed and Hooper". She performed with her brother Bud and the two kids were such a huge hit that the name of the act was changed to "Margy and Bud". (Martha was born Margy Reed) Concerning her childhood Martha once said: "I must have been hypnotized by the spotlight. I never realized I was being culturally deprived, that I was having a lousy upbringing. We were too busy making a living to worry about stuff like that." 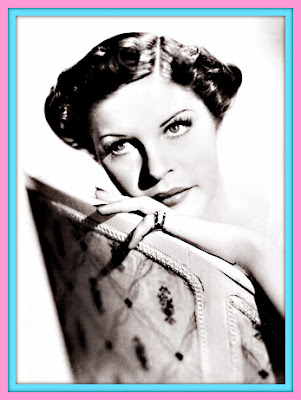 Martha first made a real name for herself as a sophisticated jazz song stylist. After enjoying success onstage and in Radio Raye entered features films in 1936, where she gained a second following as a raucous, knockabout singing comedienne. She supplied broad comic relief in a number of Bing Crosby films and often got to sing in her peppy, surprisingly sweet, flowing voice.. Over the next 2 decades , she would appear with many of the leading comics of her day such as Bob Hope, Joe E Brown, Abbott and Costello, WC Fields, Charlie Chaplin, and Jimmy Durante. 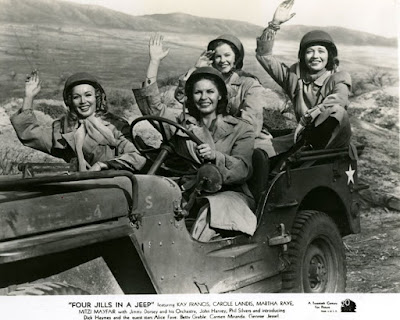 Martha joined the USO soon after the US entered into WW2 and found a personal calling that would stay with her heart as long as she lived.. She travelled extensively to entertain the American troops. Before WW2 was over, Martha had entertained soldiers in every theatre of war where American troops were stationed. Martha was so beloved by the troops that she became known as "Colonel Maggie". President Johnson named her an honorary Lieutenant Colonel in the United States Army Special Forces (Green Berets), and she was the first civilian allowed to wear one of their berets She dressed in combat boots and fatiques and raised morale with her wonderful singing and excellent comedic talents. She even performed nursing services when she could! She travelled to and from vietnam for 9 years during that war. In the 1960's she performed at the McGuire Air Force Base in New Jersey for the Anniversary of Women in the Air Force. She received the Jean Hersholt Humanitarian Award in 1969 for her service to the troops in Vietnam. For her service to America, Raye also received the Presidential Medal of Freedom in 1993. 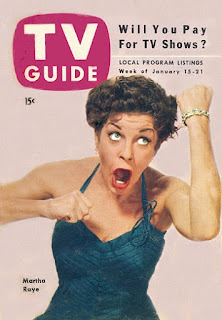 During the 1950's Martha turned to TV where she hosted and guested on numerous variety programs. She did the Martha Raye Show in 1954-1956. She was considered one of the greats in TV comedy. "Her routines," explained TV Guide, "are boisterous, rowdy affairs, full of slapstick, wild plot lines and fantastic mugging - with appropriate crossed eyes, crooked arm and other contortionist business. But she's one of only a handful of clowns who can pull it off." Variety dubbed Raye "the funniest femme in television," She pulled it off for only two years. Television audiences were a different bunch in those days. Racism was rampant and shamefully a very normal part of our society.
There was an incident that happened on the September 20, 1955 episode that caused many of the shows tv audience to turn against Martha, involving an african american child. 12-year-old $64,000 Question winner Gloria Lockerman was a guest, along with Tallulah Bankhead, on the show that night. "At the bows, when they were saying goodnight," recalls Norman Lear (the brains behind All in the Family, Sanford and Son, Maude, Good Times, and The Jeffersons) "Talullah Bankhead picked Gloria Lockerman up and hugged her; Martha joined them and the three of them were hugging, and they both kissed her, This was 1954. There were so many letters about hugging that little black child that the show never recovered from it, with the ad agency carrying on the way it did." For whatever reason, the show was cancelled at the end of the 1955-56 season.
Marthas personal life was extremely complex and probably an emotional rollercoaster. She was married 7 times. Most of her marriages lasted less than two years with the exception of the one to Nick Condos from March 9, 1944 to June 17, 1953 which resulted in the birth of her only child Melodye Raye Condos on July 26, 1944. 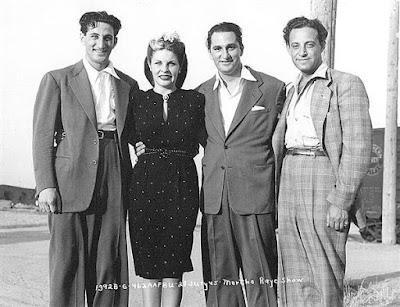 Martha, Nick Condos and their only child, Melody Raye Condos 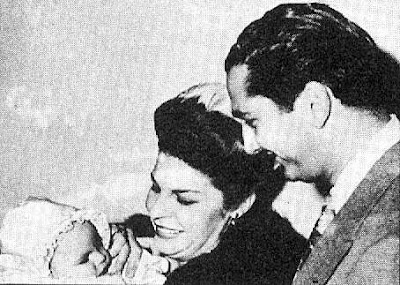 Martha was a feisty, beautiful lady who gave herself so completely to her craft and others that it seems she didn't know how to give to or take care of herself. Following the demise of her TV variety show, the breakup of her fifth marriage, and a series of other personal problems, she attempted suicide with sleeping pills on August 14, 1956. After her recovery she always wore a St. Christopher's medal, a St. Genesius medal and a Star of David given to her by wellwishers even though she was neither catholic or Jewish. . At the end of her TV programs she also would say "Good night, Sisters," as a reference to The Sisters of St. Francis Hospital in Miami where she recovered, as a sign of appreciation and gratitude. In marthas later life she In 1970, she portrayed Boss Witch, the "Queen of all Witch-dom" in the feature film Pufnstuf for Sid and Marty Krofft. This led to her being cast as villainess Benita Bizarre in The Bugaloos (1970), which the Kroffts produced the same year. She often appeared as a guest on other programs, particularly ones that often had older performers as guest stars.
Martha pictured here with her portrait and the artist Hyacinthe 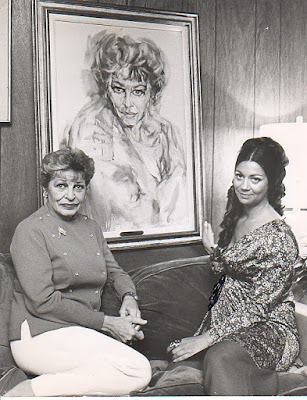 Raye served as the television spokesperson for Polident denture cleanser, principally during the 1970s and 1980s. Raye's final years were spent dealing with ongoing health problems. She suffered from Alzheimer's disease and had lost both legs in 1993 due to circulatory problems.On November 2, 1993, Martha Raye was awarded the Presidential Medal of Freedom, by President Bill Clinton, for her service to her country. The citation reads:

"A talented performer whose career spans the better part of a century, Martha Raye has delighted audiences and uplifted spirits around the globe. She brought her tremendous comedic and musical skills to her work in film, stage, and television, helping to shape American entertainment. the great courage, kindness, and patriotism she showed in her many tours during World War II, the Korean Conflict, and the Vietnam Conflict earned her the nickname "Colonel Maggie." The American people honor Martha Raye, a woman who has tirelessly used her gifts to benefit the lives of her fellow Americans."

Martha died of pneumonia on October 19, 1994, after a long history of cardiovascular disease. Raye was 78 years of age, and residing in Los Angeles at the time of her death.


In much appreciation of her work with the USO during World War II and subsequent wars, special consideration was given to bury her in Arlington National Cemetery upon her death, however, at her request, she was ultimately buried with full military honors in Fort Bragg, North Carolina.
Posted by 50sme at 6:43 PM