"Marrying young was like getting to a sale on the first day. God knows what,
if anything, would be left if you waited until you were twenty-five or
-six." Mary Cantwell 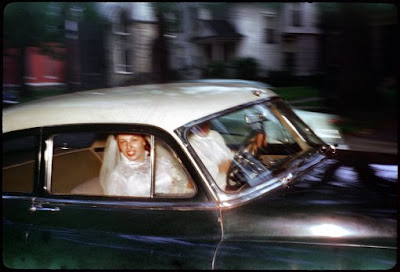 "A New York Times article in 1955 stated that "Not so long ago girls were expelled from college for marrying; now girls feel hopeless if they haven't a marriage at least in sight by commencement time." * 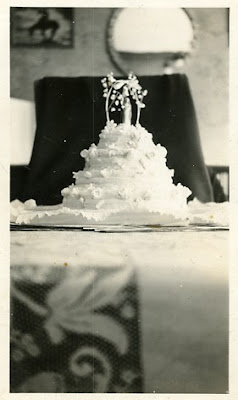 In the 1950's, Society encouraged and, in effect, pressured women to marry young. Because of the well defined roles of the time, with a woman expected to serve as a homemaker and mother, it wasn't deemed necessary for her to pursue a college degree and start a career. * 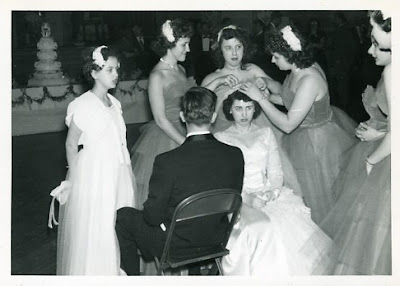 image from Square America
In the 50's many women went to college simply to find a fast tracking mate
who would become a good provider. * 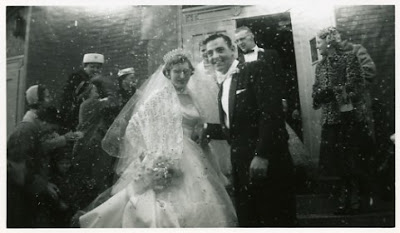 Society benefited economically from a high marriage rate, because that led to an increase in home construction, furnishings, and inevitably production of family related goods. * 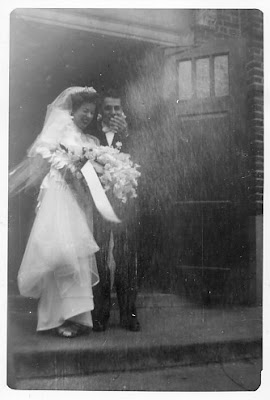 Even Seventeen Magazine printed stories and ads about purchasing wedding dresses and bedroom furniture. Teenaged girls were eager to realize the fantasy of a white wedding, a new house, dreamy furnishings and state of the art appliances. Others felt pressured and obligated to do the same as "all the other girls".* 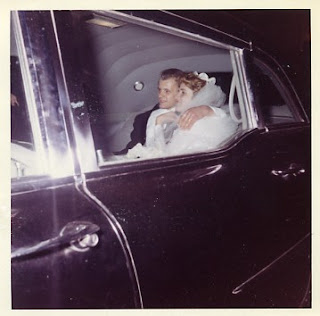 As the decade progressed, many women figuratively raced to the altar. They felt compelled to snag one of the good men quickly, before all of them were taken. * 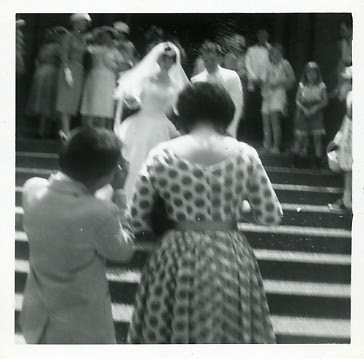 Sex was also an issue. In the 1950's, premarital sex was considered sinful, while unprotected sexual intercourse, in an era before the birth control pill, was a gamble few unmarried couples were willing to take. * 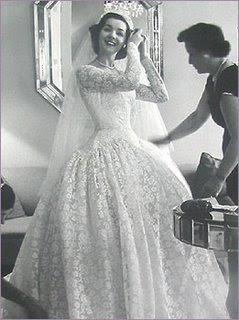 image from Wedding Bee
Marraige offered the only acceptable opportunity for young lovers to consummate their relationships. Due to a combination
of all of these factors, nearly half of all american brides by 1959 were all under the age of nineteen.* 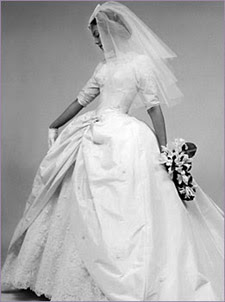 
*information from "The Fifties Chronicle"
Posted by 50sme at 3:06 PM