Sofa Lizzard: 1. A male student who stays at home to avoid spending money for a social engagement or a date. 2. A male who does not take his girlfriend to social engagements, movies, dances or the like, in order to neck or pet with her in private. One who necks or pets ardently. 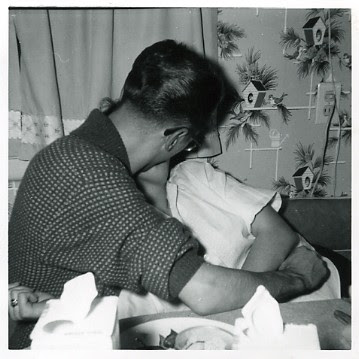 Example:  Gosh, that Howard is forever trying to cop a feel from Pearl!  They left the movie right in the middle last night and we all knew why. What a sofa lizzard Howard is. Ick!

Clarification: I declare, Howard is eternally laboring to grasp Pearls breasts in a sexual way. They both departed from the motion picture theater last night before the film was even completed.  We all tended to believe, based on their past behavior, that they left in order to engage in strong sexual petting. Howard tends to want to neck and pet quite often. Egads!
Posted by 50sme at 12:41 AM