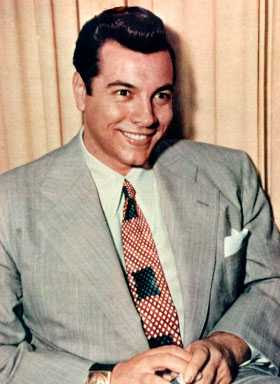 Mario Lanza (January 31, 1921 - October 7, 1959) was an American Tenor and Hollywood movie star of the late 1940s and the 1950s. He was born the son of Italian immigrants as Alfredo Arnold Cocozza and began studying to be a professional singer at the young age of 15. 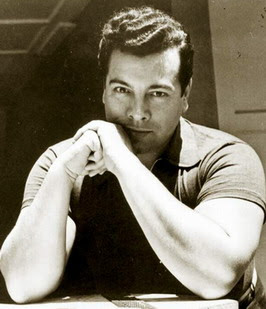 Mario received his first piano as a surprise gift from his mother and father. He was raised in an atmosphere of opera and and Caruso recordings which his father played every day at  home. He began to sing to the records. The more he listened, the more he sang. Eventually his parents took him to a voice teacher. 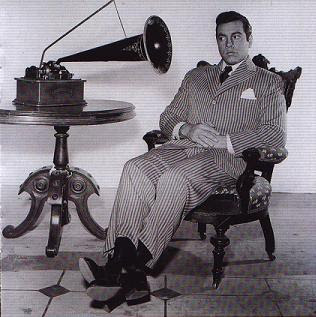 Mario sang his first student opera in the role of Fenton in Nicolais "The Merry Wives of Windsor". He recieved great reviews from the Metropolitan Opera as well as from the music critics. Mario was on his way! Mario began to study with the famed Enrico Rosati.

It has been said that upon hearing Marios voice, Rosati looked up to the heavens and exlaimed "I've been waiting for this voice to come along for many, many years?" While performing at the Hollywood Bowl with Francis Yeend in 1947, Mario impressed Louis B. Mayer, Head of MGM picture studios...The best was yet to come!

MGM hoped that he would become the movie studio's "singing Clark Gable " due to his good looks and powerful voice. Lanza signed a seven-year contract with them. His movie debut was in 'That Midnight Kiss'. The following year, in the 'Toast of New Orleans' his featured popular song "Be My Love" became his first million-selling hit. In 1951, he starred in the role of his tenor idol, Enrico Caruso (1873–1921), in the biopic, The Great Caruso, which produced another million-seller with "The Loveliest Night of the Year."
Lanza became known as tempermental and rebellious. After recording the soundtrack for his film, The Student Prince, he walked out on the project after an argument with producer Dore Schary over his behavior on the set. 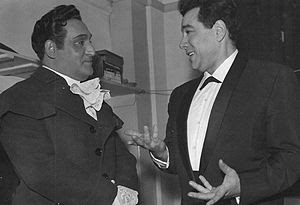 During most of his film career, he suffered from addictions to overeating and alcohol which had a serious effect on his health and his relationships with directors, producers and sometimes other cast members. Hollywood columnist Hedda Hopper wrote that "his smile, which was as big as his voice, was matched with the habits of a tiger cub, impossible to housebreak." She adds that he was the "last of the great romantic performers."
In April of 1959 Lanza suffered a minor heart attack, followed by double pneumonia in August. He died in Rome in October of that year at the age of 38 from a Pulmonary embolism after undergoing a controversial weight loss program colloquially known as "the twilight sleep treatment," which required its patients to be kept immobile and sedated for prolonged periods. He left behind his wife Betty, thier four children and a legacy that is still hotly debated today. 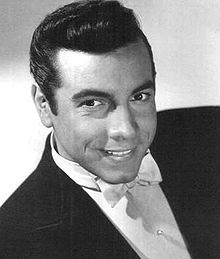