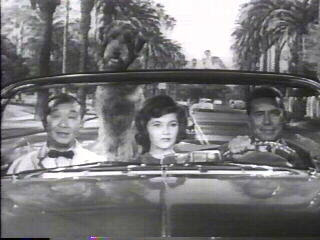 When I was younger, in my teens, I developed a love for classic sitcoms. Mom hooked me up! Born in 1946, Mom was the epitome of a child of the fifties. She taught me about "My little Margie", "I Married Joan", and one of my favorites, "Bachelor Father" among others. My mother and I also spent many a sunday watching great classic movies together and she instilled in me a deep love for them as well. I didn't know it then but she was sharing something truly wonderful. She was handing me the baton. I won't ramble on here about how important it is to me to keep the "Good ol' Days" alive. I know for a fact that there are a whole hell of a lot of us out there who want that same thing and by gathering together in these great meeting places, we are doing just that, keeping them alive... passing the baton. 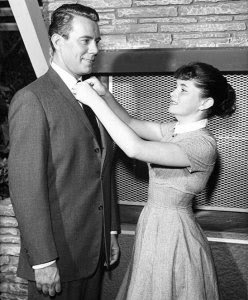 Anyway...I lay awake watching Bachelor Father many a night when I was just a kid. I LOVED it. I loved Bently Greg (John Forsythe) and Jasper, (the Dog) Peter (Sammee Tong) and Kelly(Noreen Corcoran) and her boyfriend Howard (Jimmy Boyd) and everything about the show. 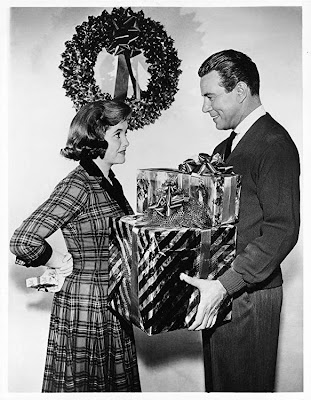 Much of the show centered around Bentley's adjustments to his role as an adoptive parent, Kellys problems of adolescence and becoming a young woman, Bently trying to find a woman to share his life with, and sometimes peters misadventures.

Bentley Gregg was a Rich, successful attorney in Hollywood. He lived with his orphaned 13-year-old neice Kelly, his Chinese butler/houseboy Peter, and Jasper the Dog. They resided at 1163 Rexford Drive in Beverly Hills. (Kellys parents were killed in an auto accident so Bently assumed the responsiblity of raising her) 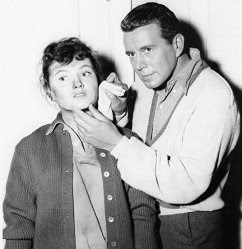 Kelly was a typical teenager; full of vinegar and dreams and quite often turning the household upside down with her antics. This is always a source of exasperation for Peter. During high school she had a steady boyfriend, Howard Meechim. Kelly's best friend was Ginger (Bernadette Withers) and the story goes that Gingers parents and last name were changed twice during the five-year run of the show and that only the last set of parents, Cal and Adelaide Mitchell, appeared often enough to be listed as regulars! 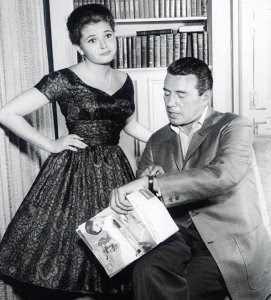 Throughout the show Bently is an irrisistable ladies man and has a very active social life with many beautiful women. Despite this fact, Kelly never fails in her attempts to try and hook him up with a wife. It also seems that Uncle Bently couldnt hold on to a Secretary. Five different actresses filled that role in succession: Alice Backus, Shirley Mitchell, Sue Ane Langdon, Jeanne Bal, and Sally Mansfield. The Bachelor Father series has the distinction of having aired on each of the three major networks during its 1957-1962 run. in the last episode aired on NBC, Kelly graduated from high school. Two weeks later, when new episodes began on ABC, she had started college. Howard does not get Kelly in the end. Kelly finds true love with Warren Dawson, a young lawyer who became Bentley's junior partner. The series actually ended with Kelly and Warren never actually marrying but we are to assume that if the show had gone on, they would have been. 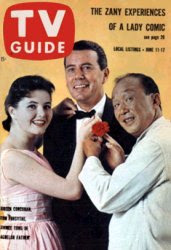 TIDBITS:
John Forsythe was born John Lincoln Freund; January 29, 1918 John is 92 years old.
John Forsythe currently appears each year to read children's fiction during the annual Christmas program near his retirement home at the rural resort community of Solvang, California, north of Los Angeles.
John Forsythe owned and bred Thoroughbred racehorses for many years and was a member of the Board of Directors of Hollywood Park Racetrack. Among his successes, in partnership with film producer Martin Ritt he won the 1976 Longacres Mile with Yu Wipi. With partner Ken Opstein, he won the 1982 Sixty Sails Handicap with Targa, and the 1993 La Brea Stakes with a daughter of Targa, Mamselle Bebette, which he raced under the name of his Big Train Farm, a stable he named for Hall of Fame baseball pitcher, Walter "Big Train" Johnson
Noreen Corcoran left acting for a private career behind the scenes in theatre arts and dance. In 1966, she began an 11-year association with the Lewitzky Dance Company
Noreen Corcoran never married.

Noreen Corcoran is the third of eight children, some of whom were also actors. She lives with her brother Hugh today in the San Fernando Valley.


Sammee Tong acted in more than 30 films and 40 television programs between 1935 and 1965
Sammee Tong  A close friend of Mickey Rooney, Tong was Rooney's co-star on the TV series "Mickey"
Sammee Tongs final screen appearance was posthumously as Cook in the 1965 film, Fluffy 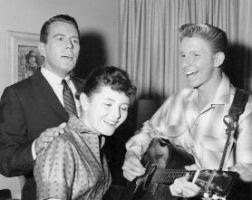